All in good time

Sunday, 2th of October. I went on my bike at 10 A.M. and because I had written down detailed route instructions for the first time I had no problems to leave the town and find my route. When cycling through lots of small villages it felt like a real Sunday – silent and peaceful. Downright lost. Everything seemed to sleep – except the dogs, to whom my appearance must have been a real experience, they barked for me for minutes and went on when they couldn't see me long ago. A cyclist seems to be a really important event in a dog's life. Once I passed a flee market, which was nice, lots of people were there, but nothing for sale I wanted to have – at least nothing which was small and light enough (and I also tried not to find anything too much interesting…). 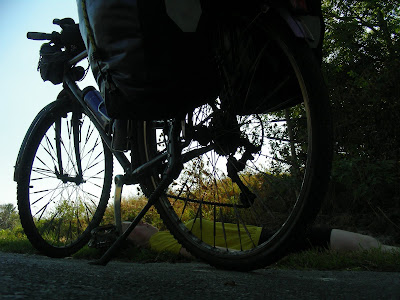 The day was wonderful sunny. During the whole forenoon I met lots of other cyclists – sports cyclists, promenade cyclists, some of them disguised as professionals, strolling cyclists, most of them men but of all ages, so I was constantly greeting. In the afternoon the heat became unpleasant, especially because I was once again in open country where the reaped fields in brown and yellow enhanced the impression of wasteland. But I had learned from experience and was very careful with my resources, so I did a siesta from time to time when I found some shadow, and once I almost felt asleep. From time to time the landscape was somewhat hilly but normally comfortable. And before the heat became too frustrating I passed a nice forest, a fact that my map had told me, too, so I had been looking forward to this for a while.

When being in the Meuse department I passed lots of tiny villages, which were connected by little roads, sometimes just very small asphalt paths which were nevertheless shown on my map. It was a real pleasure to cycle through this landscape. By going on like this I didn't recognize how time went by. I had watched out for a café or restaurant for a while, but this wasn't easy on this sleepy Sunday. In Triaucout-en-Argonne I finally found a little bistro, where I ate a big roll in company of a group of older corpulent men and women, who were in an extremely good mood and were joking and laughing all the time. I couldn't understand nothing, but it were ribald topics for sure. And the laughing was infectious. 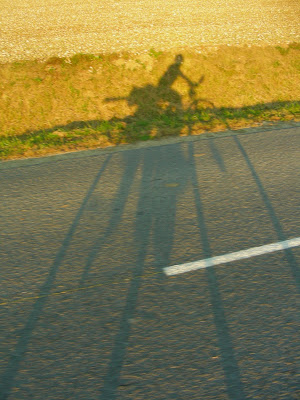 Back on my bike the shadows had become very long. Sundown was really peaceful, good place to be. But surely it ended up with night cycling. When I arrived in Sommedieue it was dark and meanwhile I felt fairly exhausted. My route guided me into a thick forest, so the darkness became much more intense. And of course it went uphill – and the good thing was that I couldn't see how high angle the uphill was and how long it would least. To me it was just being in my smallest gears and do the pedal routine. The darkness was somehow frightening. My light made just a small spot in some distance and some noise came out of the forest. And it went on like this for quite a long time. At some point I began to believe that this path would never end and felt like being part of Friedrich Dürrenmatt's short story The Tunnel. When looking at the map later it had only been for ten kilometres, but ten kilometres in a dark forest with no time or speedo by constant uphill can become very long… I reached the little village Mesnil-sous-les-Côtes, home of my couchsurfing host Ben, after 145 kilometres at 10 P.M. 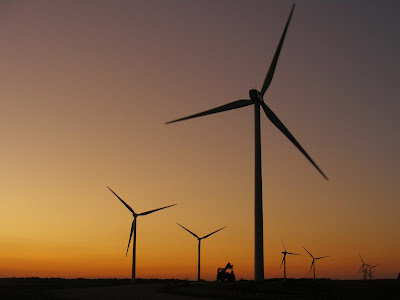